My first upgrade task was to to put a fresh build of Windows 10 Professional onto the LEGION gaming desktop.  Why?  Why not? Plus, I like a factory fresh build without built in bloatware.   After putting in my own NVME (Samsung 980 pro PCI v4) into the M2 slot next to the CPU, it should have been easy to put a fresh install of windows.  The problem was that windows would only read the built in Windows 10 Home Key from the LEGION BIOS and I could not get it to ask for key (like it used to do) so that I could install Windows 10 PRO.

The old process was to go to MS and build an install disk for the OS type you had.  MS decided instead to merge all the OS builds onto one image then the license key would determine what was installed.  This is great in theory, but in practice it means that it always reads the key from the BIOS.

Thanks to part of a post at superuser.com, I was able to make it work.

STEP 2:
Create a 2 line text file named PID.txt in the \Sources directory, with the following contents

BOOT from USB drive and install away to happy land!

Popular posts from this blog

- June 28, 2019
AND SO IT BEGINS You are watching Downton Abby on PBS, and your significant other pokes you in the ribs and says, “we should go on a romantic river cruise”.    You do a quick search online for departures leaving in a few months, and then you see that all that is available to book are cabins starting at $10,000 per person.   You tell you S.O. how much it costs and watch the sadness creep across their face as you both know you can’t afford it. Before you know it, it is the last season of Downton Abby and just like every season before, your S.O. has commented about a cruise.    After all, “Next year is our 30 th  Anniversary they say only half jokingly”! NOW WHAT? SUMMARY RECOMMENDATIONS – If you want to cut to the chase. Do your research (read the reviews), plan 6-12 months ahead of time. We like www.uniworld.com because “tips included” policy and better reviews We chose July to avoid cancelations due to high or low water levels Book a stateroom in the midd
Read more

- June 27, 2019
THIS IS AN EXPERIMENT FOR ME I like to write reviews for products and give advice to anyone who asks for it on topics like Travel, Tech Gadgets, Home Improvement, Etc. My intent is to let you know how I approached solving my particular needs.  What worked, as well as what did not work, or even went horribly wrong.    I make no claim to be an expert on any particular subject, just to share with you what I did, warts and all. I am very frugal and always looking for bargains.  Sometimes that works, but as often as not it backfires and I end up spending more than expected due to unforeseen circumstances. My hope is to provide a little more context than a particular stand alone product review.   Just because a product was good or bad, does not mean that you would use it the same way or have the same results.   Chances are you can do it better, as I am just a hack at everything.   A topic like reducing your cable bill by "cutting the cord" on cable TV, covers a dozen produc
Read more

YAKIMA BACKSWING 8002483 and TRIMAX RMBR4 HITCH MOUNT BIKE TRAY are a match made in heaven! 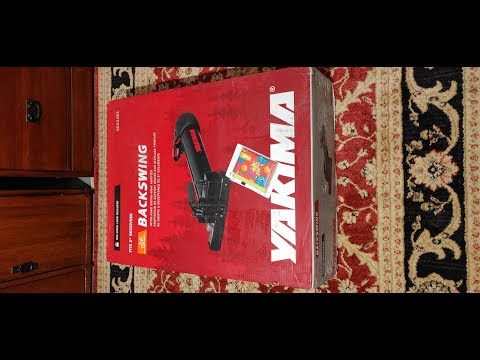 iDontSpeakMonkey
Just a guy who likes to tinker, break, and fix electronics.