The LEGION T5-26AMR5 (being specific as there are many variants), is a good all-around computer and an acceptable gaming computer for medium to casual gaming.   [I can benchmark at 80 FPS (frames per second) ultra settings 1080p 60hz] The price to performance ratio is pretty good, especially considering RAM and GPU shortages (as of APR 2021).    Boot time and program loads are zippy.  Storage speed is competent.   Features are great (such as GTX 1660 Super, PCIe v4, USB-C 3.2 Gen 2, WiFi AX 2x2, and lots of pretty lights).    I’ve looked hard at 3rd party motherboards for AMD and only a few have both USB-C 3.2 and WiFi AX built in.

My advice, is to get it for what it is, use it as is, and don’t try to make it into a foundation for an enthusiast gaming machine.   You really can build your own from scratch for the same price range.

-          Build Quality is pretty bad (inside) lots of loose wires, taped on parts that come off, bare contacts too close to other metal (sometimes covered with tape, sometimes not)

-          Cramped interior means you have to remove GPU to get to NVME (slot 2) Storage and the NVME (slot 1 for PCIe V4) is mostly under the CPU heat sync.  Since NVME drives pump out a lot heat this mean the heat is going directly into your GPU or CPU, neither are great.

-          Power Supply is just barely enough for what is in the system. 400 Watts.  Don’t add anything or you will probably have problems.

-          Lenovo support (website) has really gone downhill these past few years and I use Lenovo everywhere (30 at work, 5 at home, 5 recommended to relatives)

My plan was to use this as a foundation for a pretty good gaming rig.  To do that justice, I need to upgrade the GPU, Upgrade the RAM, Upgrade the Power Supply, Upgrade the Storage, etc.   Due to the GPU shortage, I’ll still head down that path, but with the assumption that this is a stop gap solution for about a year until there is better GPU availability, at which time, I’ll move all my “good” components into a more enthusiast build, once prices stabilize.

The LEGION T5-26AMR5 is not a great enthusiast gaming computer.  I would not judge it as such (although Lenovo does try to sell it as such, so maybe some criticism is justified).   It is the best bang for the buck as of this review, and does a good enough job for casual gaming.   I would not invest heavily in upgrading this, unless you already have the parts, and (like myself) are a glutton for punishment.    I mainly got it because I got greedy and sold my GPU on ebay before I had a replacement GPU so I grabbed the first computer I could find that had a GPU.

Overall I’m happy enough with it, and I like to dork around on projects like this anyway.

It delivers on all of these fronts.   Once I upgrade the Power Supply, it should be fine for a while as my primary computer.

I got mine openbox at Bestbuy for $850, so I’m very happy with that and happy to play around upgrading it to fit my needs.

Stay Tuned for upgrade Tips as they come along.

I will be upgrading the RAM, FANS, POWER SUPPLY, DRIVES, and GPU (in short, everything except MB and CPU).   As I explained I am a glutton for punishment and like to tinker.   I kind of like the looks of the Legion case, and once I'm done fussing, I'll leave it all alone.   I don't want to mess with the MB and CPU they are working just fine. 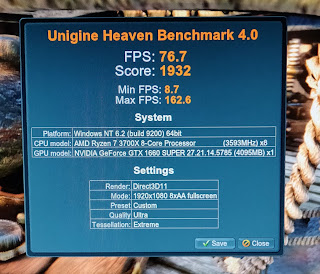 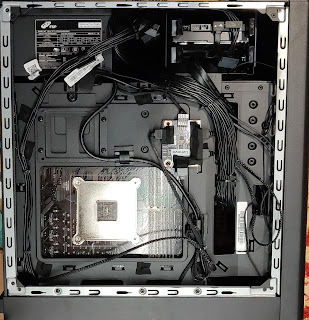 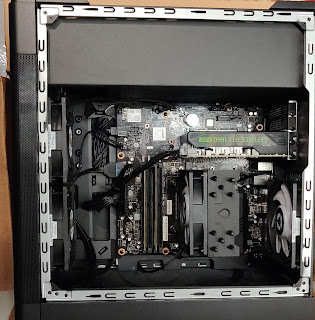 Popular posts from this blog

- June 27, 2019
THIS IS AN EXPERIMENT FOR ME I like to write reviews for products and give advice to anyone who asks for it on topics like Travel, Tech Gadgets, Home Improvement, Etc. My intent is to let you know how I approached solving my particular needs.  What worked, as well as what did not work, or even went horribly wrong.    I make no claim to be an expert on any particular subject, just to share with you what I did, warts and all. I am very frugal and always looking for bargains.  Sometimes that works, but as often as not it backfires and I end up spending more than expected due to unforeseen circumstances. My hope is to provide a little more context than a particular stand alone product review.   Just because a product was good or bad, does not mean that you would use it the same way or have the same results.   Chances are you can do it better, as I am just a hack at everything.   A topic like reducing your cable bill by "cutting the cord" on cable TV, covers a dozen produc
Read more

- April 11, 2021
LEGION T5 26AMR5: UPDATE TO WINDOWS 10 PRO BYPASS BIOS KEY (UPDATE 1) My first upgrade task was to to put a fresh build of Windows 10 Professional onto the LEGION gaming desktop.  Why?  Why not? Plus, I like a factory fresh build without built in bloatware.   After putting in my own NVME (Samsung 980 pro PCI v4) into the M2 slot next to the CPU, it should have been easy to put a fresh install of windows.  The problem was that windows would only read the built in Windows 10 Home Key from the LEGION BIOS and I could not get it to ask for key (like it used to do) so that I could install Windows 10 PRO. The old process was to go to MS and build an install disk for the OS type you had.  MS decided instead to merge all the OS builds onto one image then the license key would determine what was installed.  This is great in theory, but in practice it means that it always reads the key from the BIOS. Thanks to part of a post at superuser.com , I was able to make it work. STEP 1: Build a Windows
Read more

iDontSpeakMonkey
Just a guy who likes to tinker, break, and fix electronics.